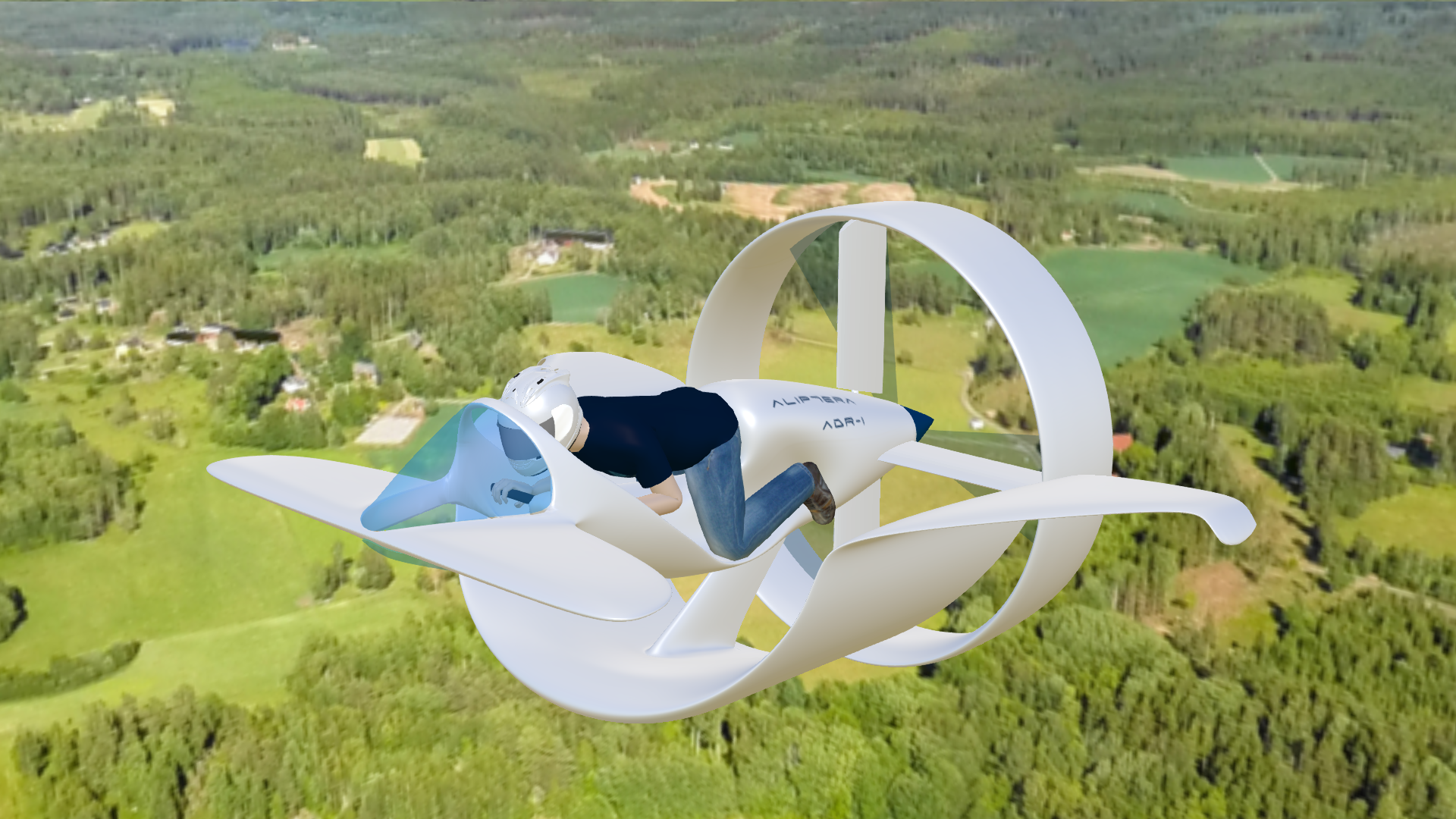 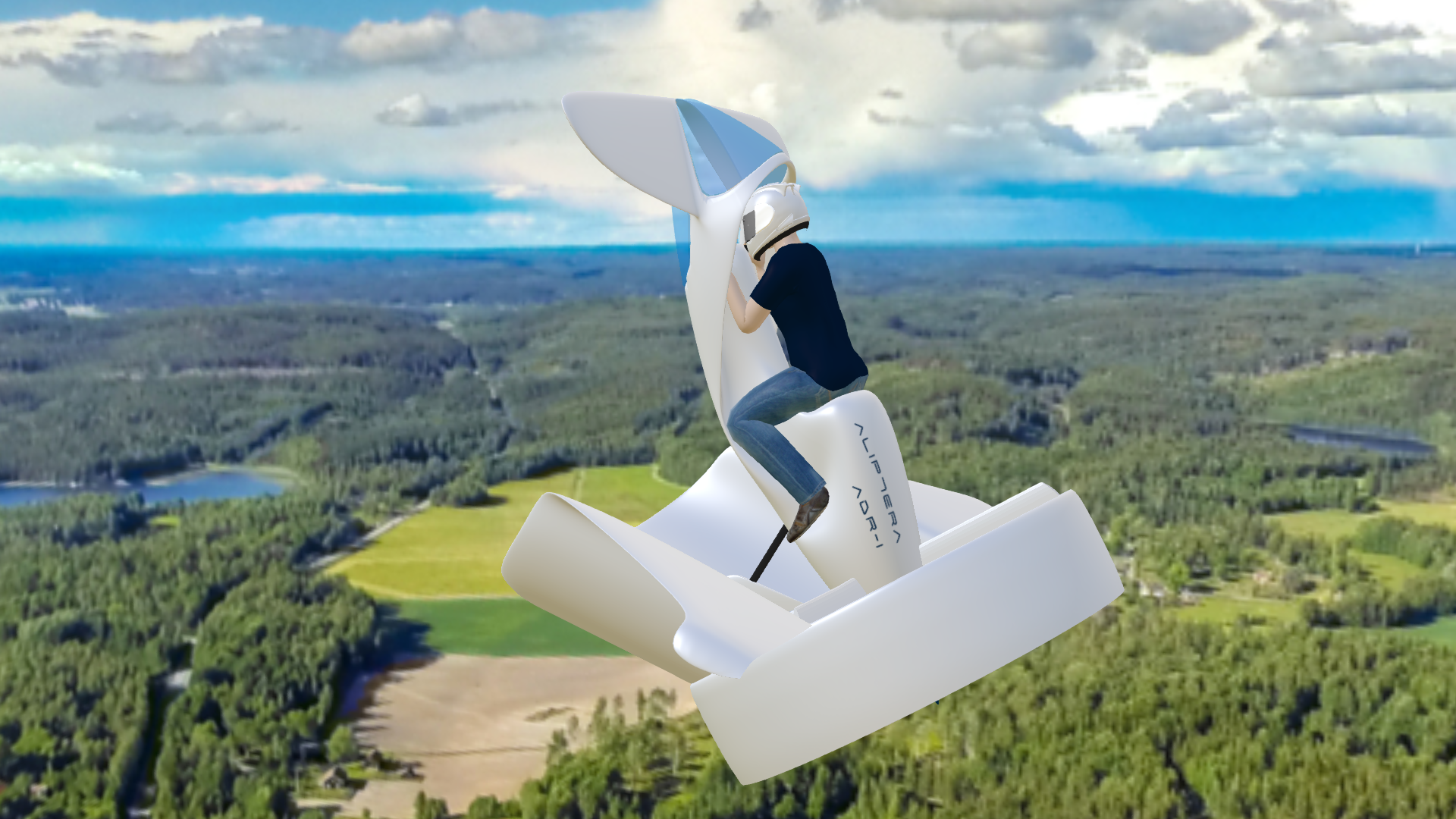 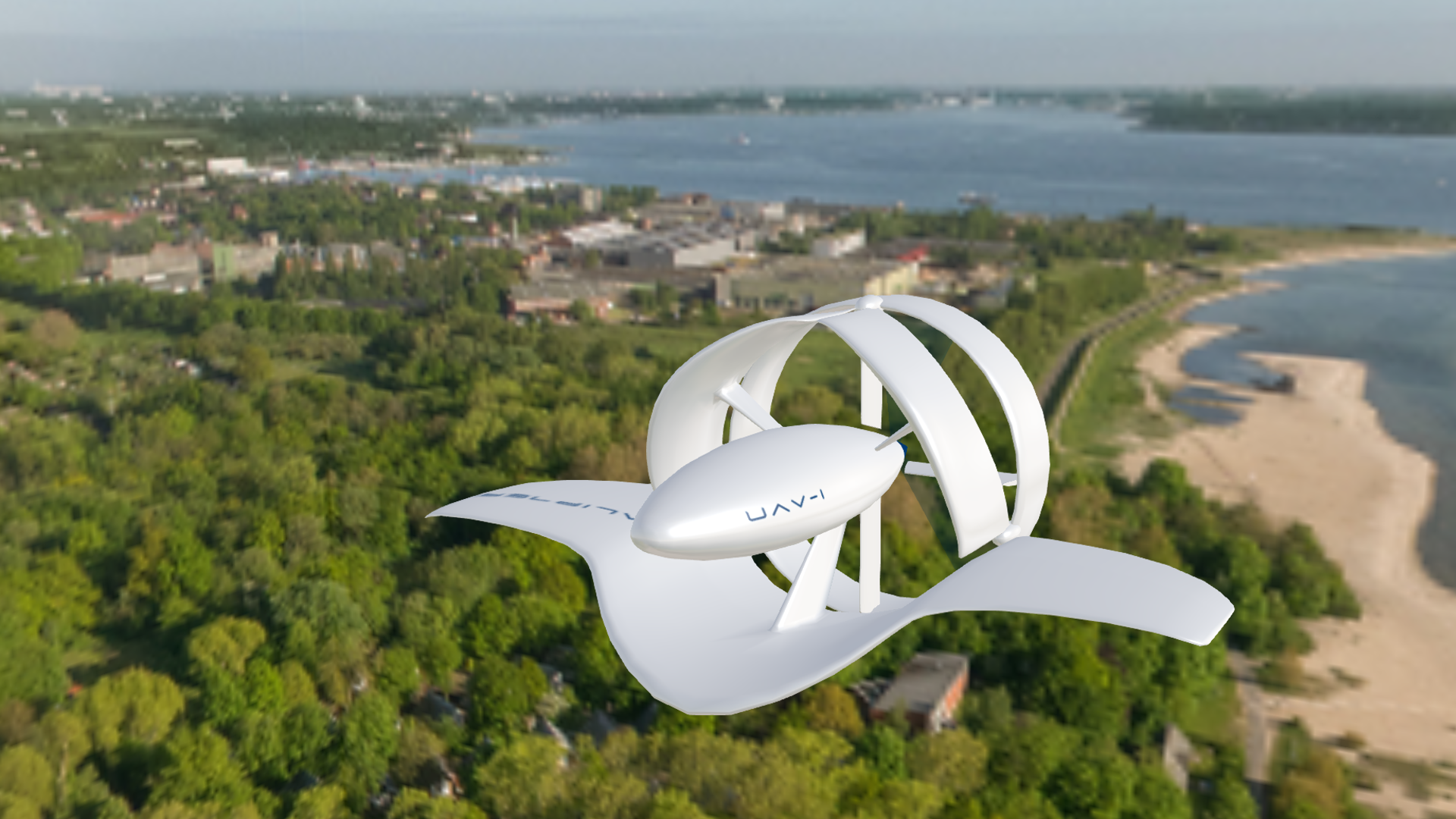 One of the most significant conundrum of any VTOL aircraft design is the disparity in power between hovering and cruising. There is a need to increase lift in hover without consuming more power. Just tilting the rotors will not do; e.g. for a cruise L/D of 10, thrust needs to be increased 10 times for VTOL operation, and power rises even more, exponentially.

The performance of the UAV-1 is similar to a fixed wing UAV, meaning long range, increased mission time in the air, higher payload, but also capable of vertical take-off and landing (VTOL). Having hovering ability, will outperform usual multi-rotors, as the lift created by the lip wings reduces the power requirement for hover, not mentioning that the UAV-1 is being capable of transitioning to efficient wing-borne forward flight.

The arrangement of the lip wings provides control and increases maneuverability without the need for conventional control surfaces, making the aircraft more aerodynamic and simplifying the control system.

Lip Wing Technology enables creation of performant VTOL aircraft, simplifying design of personal VTOL aircraft. Here is an example of what it is possible, ADR-1 - an aircraft you can ride, take off directly from your driveway!

In VTOL mode the aircraft is controlled by a computerized flight computer, an advanced solution compared to the ineffective 'kinesthetic control' used by the Hiller VZ-1 Pawnee

For wing-borne flying mode the pilot sits in a prone position, similar to riding a high speed motorcycle. A study about prone position aircraft can be found here: proned-pilots

A prototype will have a landing gear or skids, the pilot will wear a strap that will secure him to the fuselage, and also will wear a parachute. Some sort of mesh or retaining feature will prevent the pilot from slipping and falling into the spinning propeller. The aircraft could be equipped with a ballistic parachute for recovery in the event of motor failure, or have a hybrid system having enough energy stored for emergency safe STOL landing

A two person VTOL aircraft concept based on the Lip Wing Technology. It features a canard wing, having a main rotor and Lip Wing located aft of the aircraft, part of the main wing. The aircraft is balanced by a front ducted propeller, exposed in VTOL configuration by a series of slatted airfoils.